10 Mar So Is Mediaite Conservative or Liberal? 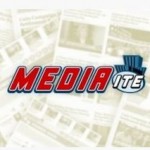 Dan recently penned an article for Mediaite.com on the debate over whether Mediaite is a “conservative” or “liberal” site. Multiple cable news hosts including Rachel Maddow, Bill O’Reilly and Sean Hannity have been weighing in and their opinions are not consistent. On one end, Maddow pronounces on MSNBC that Mediaite is a “conservative website” and then on the other side O’Reilly is calling it a liberal site. Dan jokes in the piece ” It’s a full blown Mediaite identity crisis!”. So then what is it?  Dan writes, “I have always attempted to encourage a mix of political views on the site and yet there is no question that with each different group​ of writers that equation shifts a bit. It’s impossible to be right down the middle particularly on a site that encourages​​ ​opinion… There have been times when I ​thought the site ​wa​s slightly too conservative and other times when I feared it had become a bit ​too liberal… But regardless of whether one views Mediaite as left or right of center, its silly (or blinded) to just claim we are a “liberal” or “conservative” site.” Well there you have it… you can read the entire piece here.