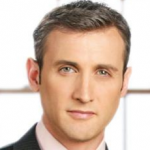 On Politico — Dan Abrams is moving to ABC! Although his role within the network has not been officially announced, he’s expected to appear on “Good Morning America” as a legal analyst and fill in as an anchor on the weekend broadcast. Good luck with the move! To read the full article, click here.