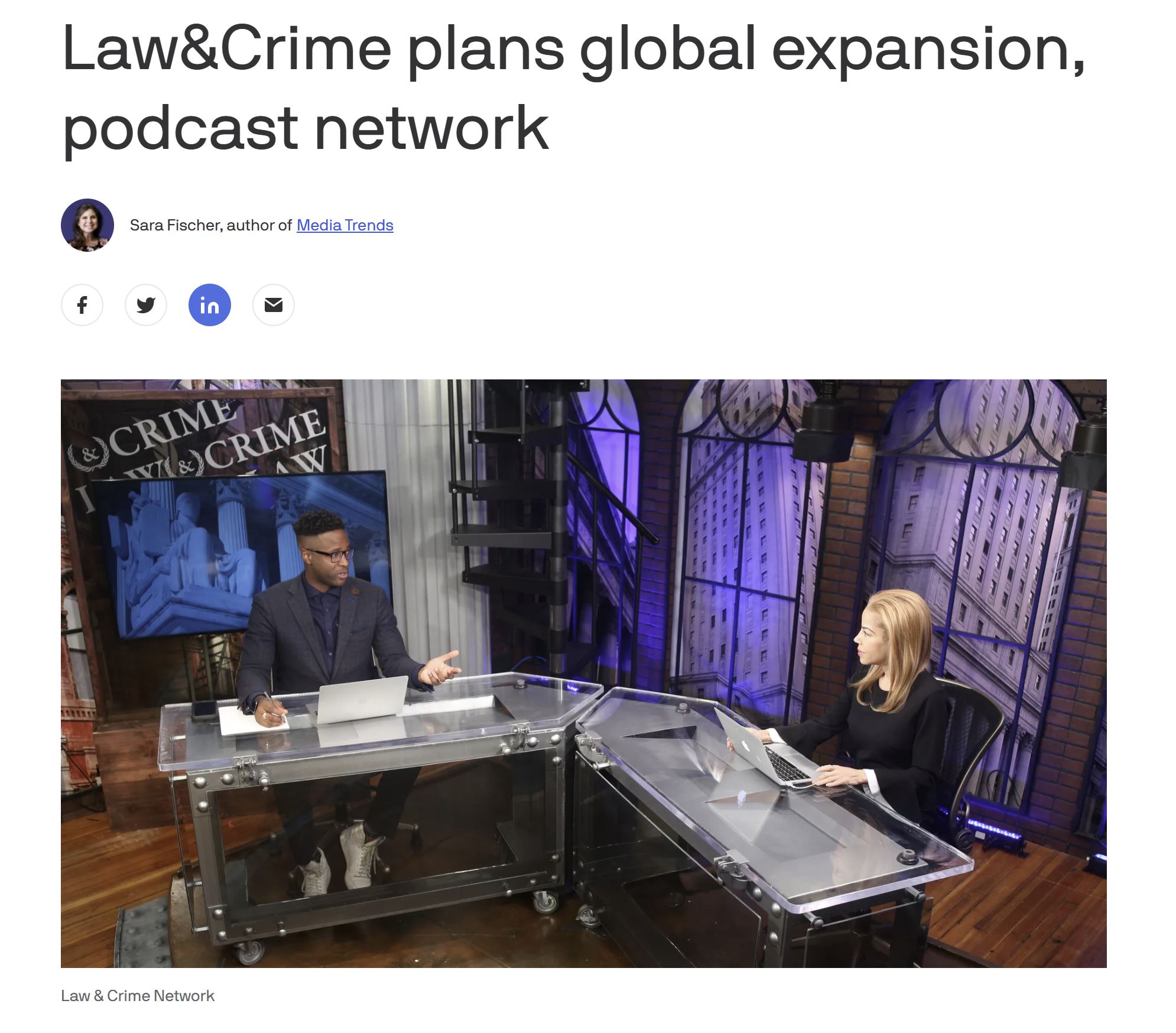 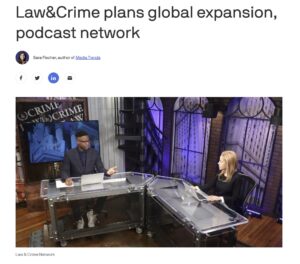 After its most profitable year on record, Law&Crime is continuing to grow with plans for overseas expansion and a new podcast network. Created by Dan Abrams, Law&Crime is the biggest property within the Abrams Media empire. Axios’ Sara Fischer covered the companies’ enormous growth, noting that in 2020 Law&Crime brought in $13 million in revenue, a huge jump from the less than $3 million brought in in 2019.

Law&Crime, originally founded in 2016 as a legal news website, launched its 24/7 live trial channel in 2017 with the help of an undisclosed investment stake from A&E. Since then, the 55 person company has been on an upward growth trajectory. The network, which currently streams on most OTT platforms including Sling, Philo, and Xfinity, is currently in talks to expand its app availability to smart TVs outside of the U.S. and Canada.

As a linear channel, Law&Crime has partnered with cable systems, such as VerizonFIOS and Blue Ridge Communications, to bring the live network to 25 million households. The channel is already available in some areas in the Caribbean, and, according to Axios, has “plans to expand to other English-speaking countries in the coming months.”

Law&Crime’s programming includes a variety of content surrounding the day’s most interesting legal and true crime cases. The network features live trial coverage, top legal analysis, celebrity crimes, and more. Its trial coverage has proved to be very lucrative for the company, as the footage can be used for multiple projects. “We use every piece of the trial,” Abrams told Axios. “We own the IP. We cover trials live, and then we can then use the material for other productions. We sometimes end up getting licensing fees from others looking to build off of the material for documentaries.”

Law&Crime’s production arm has started producing content for other media entities as well, such as Facebook, Vice, and Lifetime. One of Law&Crime’s top series, Killer Cases, was sold to linear channels internationally in areas such as Poland, the U.K, Gemany, and Africa.

In addition to its television network and digital website, which currently gets about 6 million unique views per month, Law&Crime is continuing its expansion into the world of podcasting. After making their first podcast deal to co-produce the popular criminal case and trial series, Court Junkies, in 2019, Law&Crime plans to add at least 5 new podcasts to its lineup. Objections: With Adam Klasfeld is one of those podcasts, launched on January 26th of this year. The show features Investigative Reporter Adam Klasfeld as he talks viewers through the top legal cases of the week.

The full article on Law&Crime’s unprecedented growth in 2020 can be read on Axios here.

Abrams Media owns and operates a successful suite of media properties that reaches tens of millions of users each month. Founded in 2009 by Dan Abrams, Chief Legal Correspondent for ABC News and host of The Dan Abrams Show on Sirius XM, the properties include Mediaite.com, Law&Crime Network, LawandCrime.com, WhiskeyRaiders.com and TheMarySue.com, among others.