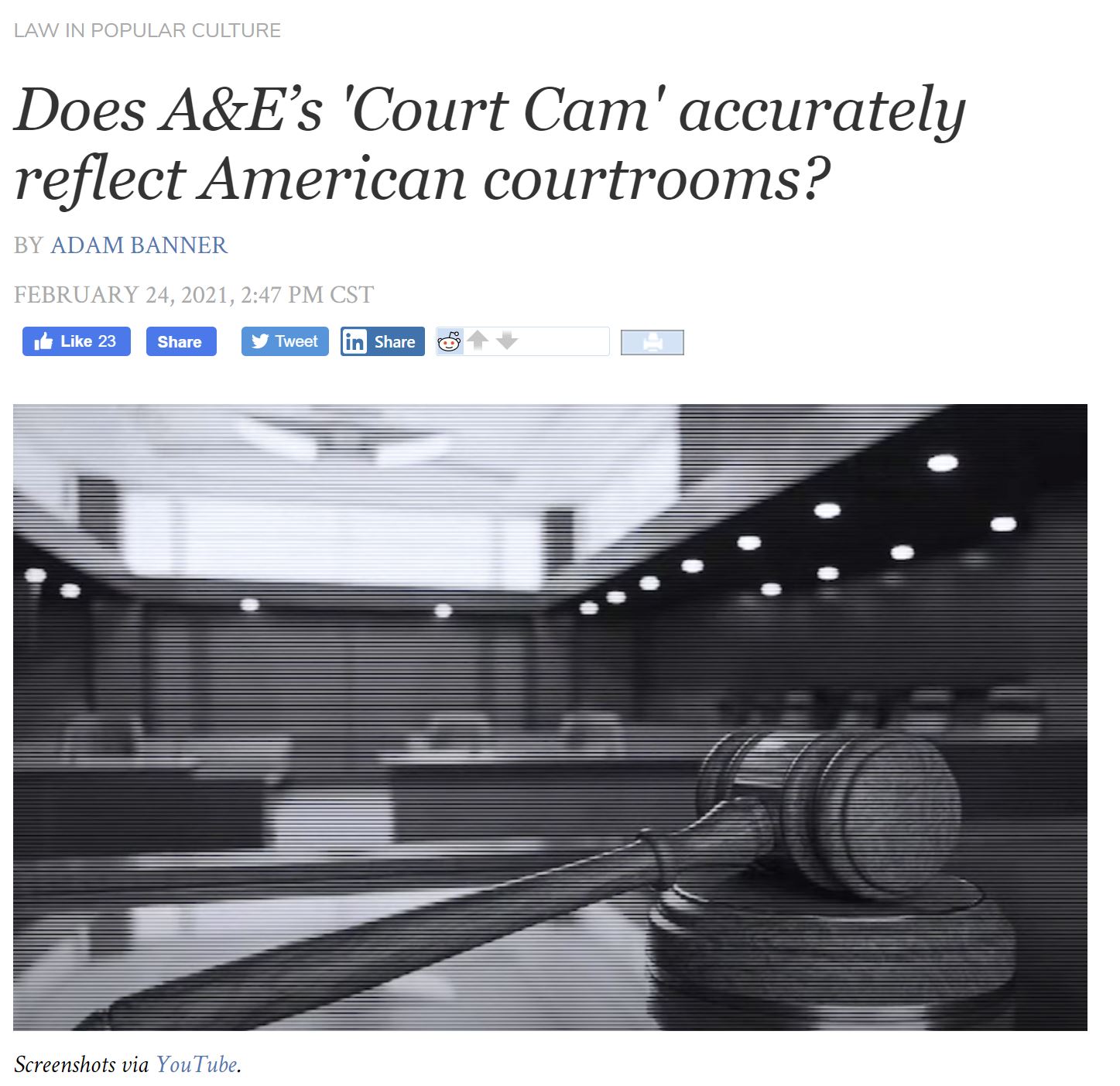 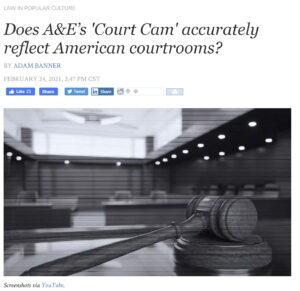 Oklahoma defense attorney, Adam Banner, came across A&E’s Court Cam one afternoon while flipping channels. Immediately intrigued by the show’s opener, Banner had to tune in and discover for himself what Court Cam was all about.

First aired on A&E in December 2019, Court Cam gives viewers an inside look into America’s craziest and most outrageous courtroom moments. Hosted by ABC’s chief legal analyst, Dan Abrams, each episode combines interviews of judges, witnesses, victims, etc. with actual footage to provide a behind-the-scenes look of what happened in the courtroom. Wanting to judge for himself if Court Cam was realistic, Banner sat down in front of the tv and watched. In a column for the ABA Journal, Banner discussed his thoughts.

“One has to approach Court Cam with an understanding of what they’re in for” Banner wrote, “extreme instances of extreme behavior in courtrooms across the nation.” However extreme does not mean unrealistic. “Absurd things do happen in courthouses reasonably regularly,” Banner notes after discussing an episode in which an Oklahoma man entered a courthouse without any pants. In fact, Banner could recall two separate instances of his own in which defendants had defecated in the courtroom hallway.

While outrageous moments such as “a defendant trying to sing his way to a lighter sentence” or “another lighting up a joint in open court” are fun to watch, “the series doesn’t simply recount the ridiculous,” Banner writes. A segment covering a defendant attacking his attorney in open court was followed by an interview with said attorney. This interview provided a nice touch that Banner believes “added an interesting level of reality” to the story.

Defendants aren’t the only ones featured on Court Cam. Many of the show’s segments feature the victims and family members who are dealing with the aftermath of traumatic crimes. “The majority of episodes deal with “revenge” by someone who feels they have been wronged.” This reflects what Banner believes to be “a common thread that weaves all these players together: the despair that results from losing something of value.”

Court Cam episodes play out in a formulaic way. After the episode’s opening, the viewer is greeted by host Dan Abrams who sets up “the place and procedural posture of the problem that follow.” Banner notes Abrams’ “commentary is measured and not too overbearing,” and he “does a great job of relaying the necessary facts in a way that keeps the audience engaged without becoming too distracting.” Because the show itself “isn’t set in any specific location,” Banner notes the producers have the advantage of cherry-picking “the most outrageous instances of bad behavior it can find.”

Overall, whether the story focuses on a loss that is “one’s freedom due to his or her own actions or losing a loved one due to the actions of another,” Bannon believes “Court Cam does an admirable job of showing the extreme examples of human emotions that play out—to one degree or another—every day in courthouses all across America.”

New episodes of Court Cam air on  on Wednesdays at 9/8 central on A&E. You can read Adam Banner’s full column on the ABA Journal’s site here.