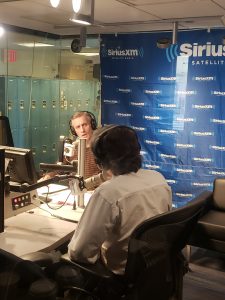 Geraldo Rivera joined Dan to discuss his view on Trump, the Mueller investigation, and the pipe bomb events of last week following a divisive appearance on The View Thursday Morning. Geraldo faced massive backlash both online and in person for his statements that the mailed explosives were not real, arguing on Twitter:

“Put aside hatred of @POTUS & ask, with 12 days until a critical mid-term election-would a rabid fan/crazed supporter of @realDonaldTrump really pick this time to kill off the president’s enemies in a way guaranteed to make him look complicit in mass murder on the world stage?”

Geraldo apologized after a suspect, who was a loud Trump supporter, was in custody. He did so on both The View and The Dan Abrams Show and told Dan about where his view came from, lightheartedly laying most of the blame on his brother Craig. Geraldo compared this tweet to a previous photo he released of himself topless. Having thoroughly addressed the subject, the pair moved on to discuss Trump’s rhetoric, his promises and lies, and his own relationship with Trump.

Although Geraldo is on the president’s side for many issues, one where they differ is in immigration policies.

“It’s kind of bizarre, that he’s so keen to make more rigid rules on immigration when immigrants have played such a vital role in his life and in his businesses”

Geraldo Rivera is the Correspondent at Large for Fox News and Host of new REELZ Network series Geraldo Rivera’s Murder in the Family which premieres Saturday night at 9 p.m. EST/6 p.m. PST