02 Nov From the Archives: 7 Women Who Will Take Over the World 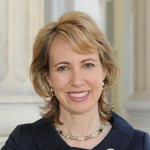 Dan has long been a proponent of women, claiming that women are better than men at just about everything. Following up on his book, Man Down: Proof Beyond A Reasonable Doubt That Women Are Better Cops, Drivers, Gamblers, Spies, World Leaders, Beer Tasters, Hedge Fund Managers, and Just About Everything Else, he spoke to Business Insider and named the seven women he believes are poised to take over the world. Among them? Representative Gabrielle Giffords, FEED Founder Lauren Bush Lauren, and racing goddess Danica Patrick. Find out why, as well as the other (and perhaps lesser known) names on his list, here.