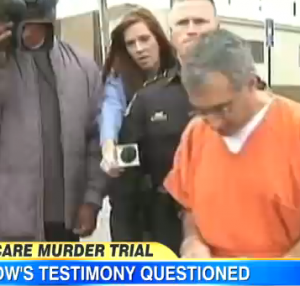 Dan Abrams was on Good Morning America to cover the continuing “Daycare Murder” Trial, where Hemy Neuman faces charges of murder for killing his supposed lover’s husband, Rusty Sneiderman. It’s become something of an interesting case, largely because Neuman pleads guilty – both the prosecution and defense are agreeing on a lot of underlying facts. The burden of proof, however, has really shifted towards the defense, since Neuman is using the insanity plea. The defense alleges that it was his affair with Andrea Sneiderman that “led him into a spiral of madness,” while the prosecution (at the same time) just calls it a motive for Neuman to kill his lover’s husband. Interestingly, the new twist on the case involves several witnesses who claim that Andreas denial of the affair is false. This suggestion that she is not telling the truth, that she may have been lying about when she found out about the murder – these details are only adding to the complexity of the case for both sides.