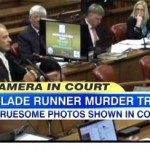 Dan was on Good Morning America, Thursday March 13th to talk about the latest happenings in the Oscar Pistorius trial.  During the trial on Thursday, Pistorius became visibility ill when graphic photos of the crime scene and his deceased girlfriend were shown to the courtroom. Pistorius is supposedly going to take the stand in this case which will be crucial. Says Dan, “When you’re talking about a defense that focuses not on did he do it, but why did he do it? What was going on in his head? He becomes an absolutely critical witness and the devil is going to be in the details. Remember, he’s already provided an account in connection with his bail application of what he says happened. So he’s got to stay consistent with that. My point being this is not going to be easy testimony for him and as a result he better be ready. He’s barely able to hold it together in the courtroom.” Watch the full clip here.