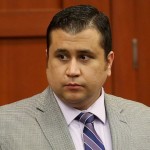 In his latest abc.com story, Dan discusses the state of the prosecution’s case after the first week of cross-examination.  Writes Dan, “What the state hoped would be proof that Zimmerman initiated the altercation and that he, not Martin, was on top as they grappled on the ground, did not appear to proceed as planned.  Even the prosecution’s effort to show that Zimmerman was an over-eager, wannabe cop backfired when a witness from the Sanford Police Department, testifying as part of the prosecution’s case, admitted that she tried to recruit Zimmerman for a citizen’s patrol and that ‘George was very professional, a little meek, really wanted to make community better.'”

Dan continues to discuss that it is now an uphill battle for the prosecution.  Though, he clarifies, “This is not to suggest in any way that the prosecution should be throwing in the towel. This week they will present evidence of inconsistencies in Zimmerman’s own account of what happened and if they find his story implausible that could spell trouble for the defense. Furthermore, jurors can give some witnesses far more weight than others.”  Read the full piece here.