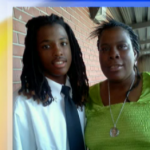 Dan appeared on Good Morning America today to discuss the tragic case of a  south Georgia teen found dead inside a rolled-up wrestling mat in a high school gym. After months of investigation, sheriff’s investigators determined that 17-year-old Kendrick Johnson died in a freak accident on Jan. 11. Now, his parents want federal authorities to reopen a case that had been declared an accident, the family’s attorney, Chevene King, said Wednesday. King stated that a new autopsy by a private pathologist has concluded the boy died from an apparently non-accidental blow to the neck. What are the chances the case will be reopened? Dan answers, “Pretty slim… but you can understand their perspective… the idea that their healthy, young, strong son goes to school, tries to grab a sneaker out of a gym mat rolled up, and dies? Because he gets stuck in there?… Their positions is ‘Come on, there’s no way that could have happened, there must have been something more here.’ The problem is the authorities who have been investigating it thus far have said they think that this was just a freak accident based not just on where he was found, but based on the evidence that was found there, based on surveillance tapes, based on the fact that no one else heard or saw him, etc., but their family says there were still a lot of suspicious circumstances.” For more, watch the segment here.