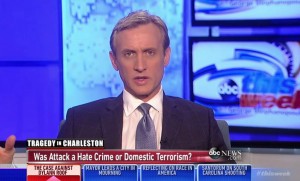 Dan appeared on This Week With George Stephanopoulos to discuss the case against Dylann Roof and the tragedy in Charleston. Dan commented on the differing state and federal legal implications, “We need to separate it out into the federal and state possible charges. Under South Carolina law, there actually isn’t a hate crime law, so, if they were going to pursue this as a hate crime, they would have to do it federally. The more likely scenario, though, is that he gets charged in South Carolina, under their state law, and faces the possibility of the death penalty.” Watch the full episode here.

This Week, This Week With George Stephanopoulos