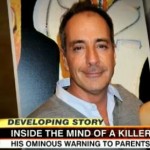 Dan appeared on Good Morning America, Monday, May 26th to discuss the tragic shooting that occurred in Santa Barbara, California. The 22 year old shooter wrote a detailed manifesto that was over a hundred pages that he emailed to his mother and therapist, among others, moments before the attacks. Although in hindsight, one would think that something could have prevented this terrible incident, there just may not have been enough time. Says Dan, “This was a very long manifesto with very little time, and the laws do vary state to state. There’s no question that this therapist would have been allowed to call the police without worrying about the privilege. The question is, was it mandatory? Did this therapist have to call the police? It does seem under California law that a therapist can be required to call the authorities to warn, to protect most importantly if, if the victims are identifiable and this manifesto it does seem that particular people were named so an argument could be made that the psychologist was obligated to protect the victims in this case but because it was such a long manifesto and so little time it’s going to be very fact specific.” Watch the entire clip here.