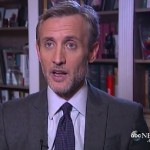 Dan was interviewed for segments on Good Morning America and Nightline regarding the alleged sex scandal involving Britain’s Prince Andrew. Virginia Roberts, now 31, is alleging that she was kept as an underage sex slave for 4 years by billionaire Jeffrey Epstein. Among those named that she was forced to have sexual relations with was Britain’s Prince Andrew. Prince Andrew  who is vehemently denying the accusations. In the most recent development Roberts filed a sworn affidavit in federal court adding new details to her claims. She also is vowing “to pursue all reasonable and legitimate means to have criminal charges brought against these powerful people for the crimes they have committed against me and other girls.”. Dan commented, “This is probably a PR matter rather than a legal matter, but there are potential legal risks here for him. In the Virgin Islands, if you have sex with someone more than 5 years older that’s considered statutory rape.” Watch the full clip here.