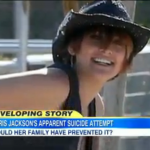 Early this morning, 911 received a call to respond to a suicide attempt made by fifteen-year-old Paris Jackson.  Dan appeared on Good Morning America today to discuss whether the Jackson family could have prevented it.  It was wondered if, because of her anticipated testimony in the lawsuit, if the pressure on her has been overlooked.  Dan answers, “You heard the Jackson family  lawyer earlier saying she’s under no pressure at all.  No one is putting any.  But of course she’s under pressure.  The reality is she’s preparing to testify in a trial about her father’s death.  She was going to be talking about the emotional impact that this had on her.  Of course she’s under enormous pressure.  I certainly hope that the family has been taking that into account from day one, in deciding about what to do with this lawsuit.”  Watch the segment here.