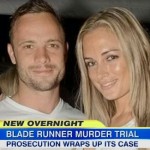 Dan appeared on Good Morning America, Monday March 24th to discuss the latest in the Oscar Pistorius trial. The prosecution is getting ready to wrap up their case and brought another ear witness to the stand. This witness said with certainty that she heard a woman, not Pistorius, scream that night. These ear witnesses testimonies are proving to be very important. Says Dan, “If the judge believes that there was an argument followed by a shooting, it’s hard to see how there is not a murder conviction. The notion that they’re fighting following by a shot, and the shots, that would likely be intentional murder. That’s why this is so important for the defense to try to undermine.” Watch the full clip here.