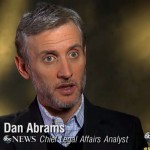 Dan appeared on Nightline, Tuesday, January 27th to discuss the latest details in the Vanderbilt rape trial, including the newly released verdict. The trial lasted 12 days but after just 3 hours of deliberation the jury released a verdict finding the two former Vanderbilt University football players, Brandon Vandenburg and Cory Batey, guilty of raping an unconscious woman in June of 2013.  One of the defendant’s strategy’s included blaming a college party culture but it didn’t stand up the prosecution’s evidence including surveillance video and photographs of the assault taken on a cell phone. Dan commented on the guilty verdict, “Vandenburg is alleged to have passed around condoms to encourage other people to have sex with this woman he was presumably dating at the time. So as a legal matter, even though there’s not an allegation, that Vandenburg engaged in a physical act of rape that night, the authorities believe his actions, his intentions, his comments, all become rape because of what he was doing and saying that night.” Watch the full clip here.