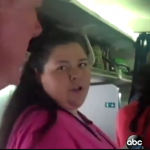 Dan anchored a special live taping of Nightline last night as the government announced its shutdown for “the first time in nearly two decades after a budget standoff over Obamacare… the President just released a message to the troops assuring them that they’ll remain on active duty… Washington DC alone now likely to lose about $200 million a day, and economic growth nationwide expected to slow. But in just a few hours, the Affordable Care Act will still roll out as planned – love it or hate it, ObamaCare won’t change some fundamental issues with American healthcare, like some companies giving employees the option to go abroad for cheaper medical care – already nearly a million a year travel out of the country for necessary healthcare.” Appropriately, the first story on Nightline focused on just that: medical tourism. Asks Dan, “Operation paradise: Imagine this – your boss sends you on an all-expense paid trip to the tropics, where you stay in a luxury villa, get free lige-changing surgery, and make $2500…. with American healthcare up in the air, how do you make sure this is where you land?” continuing, ” Other segments of the epsiode include an interview with the wife of a murderer who woke up one morning and shot 10 kids in an Amish schoolhouse before killing himself, as well as the video of motorcyclists surrounding a family SUV that went viral. Watch the full episode here.