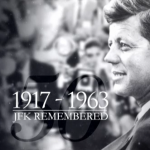 Dan was behind the Nightline anchor desk last night in an episode that discussed magic, George Zimmerman and JFK’s final moments. Quite an array. Nightline began with Dan discussing larger than life magicians who do death defying stunts for a living. These tricks are worth millions of dollars when illusionists like, David Blaine, push the limits of what is humanly possible, but Dan ask’s, “Are they risking too much?”.  Next Dan discussed the latest on George Zimmerman, who can’t seem to stay out of trouble. Reports Dan, “You might think that George Zimmerman, shortly after being found not guilty in the Trayvon Martin murder case, would try to lay low, stay out of sight. Well not this former neighborhood watch volunteer, he was in court again today, accused of assaulting his latest girlfriend and released on bond. Staying on the radar, even when he’s not getting caught speeding, and yes that’s happened too.” Watch more about this case and watch the sights and sounds of JFK’s final moments in a montage of exclusive footage here.