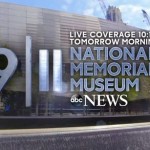 Dan anchored Nightline on Wednesday, May 14th in an episode that contained a variety of topics. The first story is an investigative piece from the Brian Ross Unit on the recall of millions of tires that could be potentially deadly and are still on the market today. Nightline investigates an extremely flawed recall system that lacks the ability to identify the dangerous tires and therefore get them off the market and ultimately off of the road. Next, Nightline gets a never-before-seen look at an underwater Caribbean volcano that has the potential to cause a massive tsunami on the east coast of the United States from thousands of feet below. And finally the episode wraps up with a first look inside the new 9/11 Memorial Museum opening in New York City as a tribute to those who gave their lives on that fateful day. Watch the full episode here.