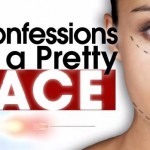 Dan was behind the anchor desk of Nightline on Monday June 23rd. Monday’s episode began with a look inside the other side plastic surgery as part of the series ” Confessions of a Pretty Face”. Last year Americans spent billions of dollars on plastic surgery but some people didn’t get what they asked for and because of that, needed a do-over or a revision. In this episode, Nightline follows two celebrity doctors, Dr. Terry Dubrow and Dr. Paul Nassi, who specialize in reconstructive plastic surgery. Both doctors face the daily challenge of fixing surgeries that have gone wrong, which include ( but is not limited to) a “uni-boob”, which is just what it sounds like. Next up, Nightline gets an all-access pass to go behind the scenes with the band, Paramore. With a summer tour about to begin and over 1,000 shows behind them, what is next for this unstoppable group? Finally, Nightline takes a look back at the latest happenings in the World Cup, and how America missed a victory in the last 30 seconds of their game verses Portugal. Watch the full episode here.