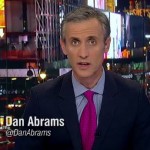 Dan anchored for Nightline on the first day of July in 2014. This episode began with a story about thrill seekers going too far and the dangers of pursuing the quest for the next viral video. ABC’s David Wright follows some young men who are using GoPro cameras to capture extreme stunts but when something goes terribly wrong, these adrenaline junkies learn some limits the hard way. Next, Nightline goes along for the ride on the latest trend for people who have recently ended their marriages- divorce parties. These people might be celebrating more than the end of their marriages and we learn that there might be something deeper behind these Las Vegas bashes. Finally Nightline takes a look at some of the USA’s best moments in the World Cup, including the spectacular saves by goalie, Tim Howard. Watch the full episode here.