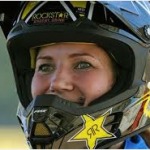 Dan anchored an episode of  Nightline on Monday, January 13th. The episode began with a topic about the fattest jobs in america. This story investigates the jobs with the highest obesity rates in America and what can be done to help. The next story goes behind the scenes with Jolene Van Vugt, motocross’ rising star and fearless female daredevil. At 33 years old, Van Vugt is breaking records in a sport usually dominated by men. Finally the episode concludes with a Feed Frenzy on how the Golden Globes affect the Oscars… what does winning at one say about the other? Watch the full episode here.