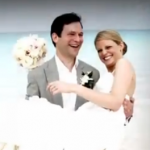 Dan anchored Nightline last Friday for an episode that included special reports on the “Undercover Bachelor” and also the world of “cougars.” Of the former, says Dan, “They say diamonds are a girl’s best friend, but they can also be a fiancé’s worst nightmare… we’re undercover going hsopping for that rock of the ages to see are they telling you everything you need to know.” Then, a story on “cougars,” and no, not the animal — Dan says, “They’re on the prowl for men young enough to be their sons. These so called cougars are sexier than ever, but what’s in it for the cubs? Tonight, we go inside a world of extremes where age really is just a number.” To view the full episode, which also includes the story of a Swiss retail store that snubbed Oprah, watch here.