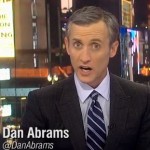 Dan was behind the anchor desk of Nightline on Friday April 4th. The episode began with a look inside the mind of a psychopath. Tommy Lynn Sells, convicted serial killer was executed on Thursday April 3rd after nearly 14 years on death row. Sells was linked to over 17 murders and has admitted to many more but was finally convicted after the murder of Katy Harris. Harris was having a sleep over with her friend, Krystal Surles when Sells broke into the house and murdered the young girl. Sells then attacked Surles who survived the attack and was able to testify against him in court. Nightline  had a rare and chilling interview with the man himself on why he kills and how it makes him feel. The next segment took a drastic turn and explored the Island of Lemurs in Madagascar. Dan Harris traveled to the remote island to get a closer look at these cute, little critters in the only place they roam in the wild. Finally, Nightline takes a look at actor James Franco who asked a teenage girl out via social media. The 35 year old actor direct messaged a 17 year old girl on Instagram and tried to get her to meet up. The girl uploaded the conversation to the internet and it went viral, Franco appeared on the Live with Kelly and Michael show, the following day and said he used some bad judgement. Watch the full episode of Nightline from 4/4  here.