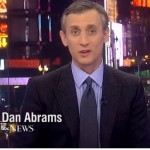 Dan was behind the anchor desk for Nightline on Wednesday April 30th in an episode that covered an array of topics. The first major topic revolved around Donald Sterling and his wife, Shelly. While a recording of Donald Sterling’s racist rants have cost him his position in the NBA, Nightline has exclusive video of Shelly Sterling, as claims have been surfacing that she too has made racist comments in the past. The next story goes behind the scenes of the new movie ‘Million Dollar Arm’, the story of a sports agent looking for the first pro baseball player from India. “Madmen” star, John Hamm, will be playing sports agent JB Bernstein and he sits down with Nightline to talk about why he signed on for the project. Finally, Nightline speaks with “Gone Girl” author Gillian Flynn, the thriller that has captivated millions is being made into a film. ABC’s Amy Robach sits down with Flynn to discuss the making of one of the most talked about stories of the year. Watch the full episode here.