23 Dec Dan on Nigella Lawson After the Trial 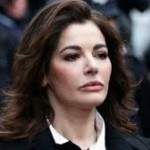 Dan appeared on Good Morning America this morning to discuss Nigella Lawson, the celebrity chef who’s two former assistants were recently on trial ( and acquitted) for allegations of stealing hundreds of thousands of dollars while working for Lawson and her ex-husband, Charles Saatchi. During the trial Lawson testified and admitted to using cocaine on a few occasions. This past weekend, British police announced they are going to investigate Lawson’s admissions on the stand. Says Dan, “This is an outrage, she was the alleged victim here and now the authorities are talking about possibility investigating her for drug use and even social services possibility coming in because there are children in the house. This is a woman who has admitted to using drugs on a few occasions. If we are going to start investigating every person who admits to using drugs on a few occasions, there are going to be a lot of investigations.” Watch the full clip here.