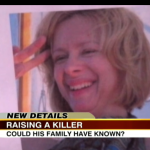 In the wake of Friday’s tragedy in Newtown, CT, Dan appeared on Good Morning America alongside Dr. Janet Taylor to discuss the legal issues surrounding the shooting and homicide cases involving young perpetrators. Could Adam Lanza’s mother have foreseen this? And why did she have five guns, including a semi-automatic assault weapon, in her home? Especially if she knew he was unstable? Dan responds, “There are a couple of issues. First of all, if the guns were legal, you would hope that someone would be going to gun ranges, other places to learn how to properly use a weapon like that – but let’s remember she’s dead now, she’s been shot and killed – so there’s not going to be any legal liability to her. Very often in these cases we see kids shooting other kids, and then we ask the question: how much responsibility can the parent have? Here you’re talking about an adult – 20 years old – not a child. The mother is dead. There are not going to be a ton of legal questions here, I think certainly not criminal with regard to other family members, and it’s going to be tough to even think about civil.”  Watch the full segment here.