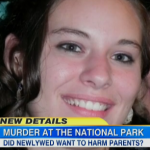 Dan appeared on Good Morning America this AM, to discuss new evidence prosecutors from the “Newlywed” murder trial, are trying to bring into court. Prosecutors are now prepared to present explosive evidence, that 22 year old Graham had talked about killing her mother and stepfather just a month before she allegedly murdered her husband, Cody Johnson. Does this evidence have any relevance in this case and can prosecutors get this into court? Reports Dan, ” Very, very unlikely that, that would come in. One of the tests you do in the law, you weigh the prejudicial impact of something like this against how probative it would be and the prejudicial impact is so great. Now if she takes the stand, which I expect she will in the context of this case, and she makes a comment like ” I never would think of hurting anyone,” then they can say ” Aha,well wait a second, now we want to discredit that specific statement,” but without that it’s going to be very hard. They have a better shot at getting in the evidence that she had made up allegations against past boyfriends, again that can be very tough as well but they’ve got a better shot.” Watch the full clip here.