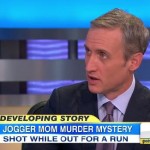 Dan was on Good Morning America, Wednesday, July 2nd to discuss the story of a Michigan woman who was found dead less than a mile from her home. Rebekah Bletsch, 36, was found to have been shot while she was out for a jog on the morning of Sunday, June 29th. When Bletsch was discovered she still have several valuables on her person making a robbery an unlikely motive. Investigators are trying to get to the bottom of this and find out exactly what happened to this young mother from a small township in Michigan. Says Dan, ” The first place you start is with the people she knows the best. The husband was out of town with the daughter, that doesn’t necessarily mean he couldn’t’ have been involved, so they want to look into him, exclude him as a possibility, then look to other people she knew well, people with a motive. The idea that this would be some completely random crime…is going to be improbable to the authorities, doesn’t mean it’s impossible but it will be improbable.” Watch the full clip here.