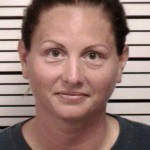 A jury might decide the fate later today of an Ohio woman, Holly McFeeture, on trial for allegedly killing her fiancé by poisoning his iced tea with antifreeze in 2006.  She was arrested six years later in July 2012 and charged with one count of aggravated murder and one count of contaminating substance for human consumption or use.  She has pleaded not guilty.  Dan appeared on Good Morning America to discuss the defense’s case in the McFeeture Trial.  Dan says, “The defense’s quick case makes it clear, that they’re hoping that there’s reasonable doubt.  That maybe this antifreeze was ingested all at one time, making suicide at least a possibility.”  Watch the segment here.