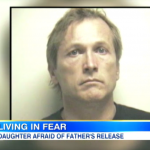 Dan appeared on Good Morning America today to discuss the case of Martin Macneill, a doctor from Utah suspected of murdering his wife, who died in 2007. He was jailed for fraud, but was freed from prison late last week. He remains on three years of probation, but his release leaves his daughter living in fear. There is still a possibility he may be charged though. States Dan, “I have never seen a case with this much evidence, this old, that there’s no charges involved in the case yet… I mean, before and after her death, you have evidence.” Her death was caused by an overdose of drugs following plastic surgery — Macneill both forced his wife to get the surgery and to take the drugs. “I think there is more evidence against Macneill than there was against Scott Peterson,” posits Dan, “There are so many facts in this case, so many bizarre twists in this background.” The challenges in charging Macneill? The police didn’t treat the case like a crime scene as much as they should have, hough Dan does believe the police will keep a close watch on him now to protect her. Watch video of the segment here.