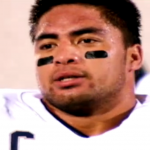 Dan appeared on Good Morning America today to continue his coverage of the scandal that rocked college football: Manti Te’o’s fake dead girlfriend. Today, he discusses what, if any, legal action could be taken against alleged hoaxster. Dan says, “In the state of California, as in some other states, it’s a crime to impersonate someone online.” However, he continues, “The problem here is twofold: Number one, …The impersonation here wasn’t of someone who actually existed. It was taking a photo and making up a name… And number two, you still need to have the intent to harm, defraud, threaten, intimidate, etc. and in this case, they might say ‘That certainly wasn’t our intent, it was supposed to be a joke.'” Further, Dan says “remember this is just a misdemeanor too, this is not a serious crime.”  Watch the video here.