15 Aug Dan on Man who Faked his Death 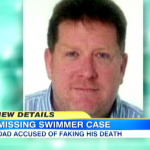 Dan appeared on Good Morning America today to discuss the case of Raymond Roth, a man accused of faking his own death. Roth, of Massapequa, N.Y., was reported missing in waters off a Long Island beach and turned up five days later in South Carolina. His wife, Evana, alerted authorities that her husband, Raymond Roth, 47, was alive after she found emails he’d exchanged with his son saying his disappearance was an act. Now, after a 5-day vacation and a 5-day hospital stay, Raymond Roth is being charged with insurance fraud, and his lawyer blames his actions on a bad reaction to his medication. His son, Jonathan, was arrested after being accused of helping to stage his father’s fake death, but plead “not guilty” saying he was not a willing participant. Dan explains the situation: his death faking is “not a crime — you’re allowed to leave, you’re allowed to lie to your family; the alleged crime here would be conspiracy to commit insurance fraud, meaning in conjunction with his son, they… had taken actions toward a potential insurance scam. And that’s the potential crime here, and that’s the crime his son is already charged with. Watch the segment here.