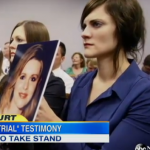 Dan also discussed the case of Dr. Martin MacNeill, accused of murdering his wife, on Good Morning America today (alongside Nancy Grace). MacNeill’s daughter is testifying against him, and their home bath tub, where her body was found, will become a key piece of evidence. Dan explains, “If you believe the prosecution, it wasn’t just that [Ada, the daughter] stumbled upon scene – it was that Martin MacNeill set it up, so that his little six year old could come upon her dead mother. I mean, that’s the part about this that I don’t think is talked about enough, is that idea that he may have set this up so that this little girl could come upon the mom in the bath tub so that he could figure out a way out of this… that is why to me this is not just the emotional testimony of a now-twelve-year-old, but she’s going to offer potentially important testimony as to exactly what position her mother was in, what clothing she was wearing, etc.” Watch the video here.