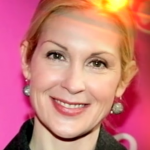 Dan appeared on Good Morning America today to discuss  the case of the custody battle between Gossip Girl actress Kelly Rutherford and her ex-husband Daniel Giersch. The couple split in 2009, having two children, son Hermes and daughter Helena, now 5 and 3 years old, respectively. Giersch currently lives in Monaco with a revoked visa that prevents him from returning to the United States, while Rutherford sought sole custody to keep the children with her in the U.S. Today, a judge ruled that the children must remain with their father in Europe, and Dan is outraged about the verdict. “It’s hard to believe this,” he says, continuing, “you’re talking about two American children effectively being shipped to France… now the mother, Kelly Rutherford, has to fly to France to see her children just because he got kicked out of the country.” Dan disagrees with the decision because he thinks “this judge looked at this case like a travel agent” instead of judging based on parenting abilities. Watch the video here.