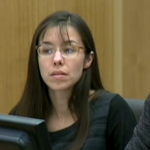 On Good Morning America today, Dan discussed some of Jodi Arias’ alleged behavior behind bars, which includes speaking out via Twitter while on trial for murder. Using the handle @Jodiannarias, she has been dictating her thoughts to a friend (who previously served time with her), sharing about life in jail and attempting to sell her art. While Dan admits it is bizarre that she has a Twitter account, he states “there is no strategy behind it,” continuing, “I would assume her lawyers probably didn’t know about it, are probably very upset about it, and are probably going to encourage her very strongly to stop doing it because it’s not helpful to her defense.” It isn’t illegal, as Dan explains: “In the meantime, as someone who’s presumed innocent, she can go ahead and do this.” Watch the video here.