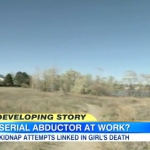 Today, Dan appeared on Good Morning America to discuss how and why authorities have linked Jessica Ridgeway case to another attempted abduction. Ridgeway, a 10-year-old girl from Colorado, was abducted and murdered earlier this month on her way to school, and now police say they were able to make a “definitive link” between Ridgeway and an attempted abduction of a 22-year-old woman jogging in a park earlier this year, in May. Dan explains that the authorities must have something solid to go public with this link: “the kind of language they’re using – ‘definitive link,’ ‘we are convinced that there’s a connection between the two’ – I mean, ordinarily in these kinds of cases cases the authorities don’t want to scare the local community… here they’re doing just the opposite… which has really concerned this community, you now have older kids taking younger kids to school, you have parents dropping their kids off at school, doing things they didn’t do before — so they’ve got to have something definitive and tangential here.” For more, watch the segment here.