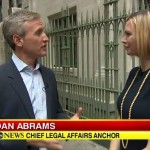 Dan was interviewed by ABC correspondent, Linzie Janis about the newest kind of identity theft, online impersonation. An Arizona mother, Brooke Barr, discovered that someone was pretending to be her twelve-year old daughter on Instagram, stealing photos of her child from Brooke’s own account. But the impersonator wasn’t just stealing photos, they were also cyber-bullying other girls from her daughter’s school, through the fake account. Barr had the account taken down but was told that if she wanted to find out who the perpetrator was, she would need a subpoena or a search warrant, which police said wasn’t possible because Barr’s daughter had not been personally harassed. Says Dan, “Arizona is not one of the states that has a specific law that makes it a crime to impersonate someone online. The ones with the real power here are the people who got the messages, who could say profane language was used, this is harassment, this would fall under Arizona’s cyber-bullying laws, and as a result, then the police could get involved.”  Watch the full clip here.