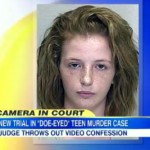 Dan appeared on Good Morning America Monday, June 2nd to discuss the case of 15-year old murderer, Amber Wright. Wright was sentenced to life in prison in her 2012 murder trial after confessing to the murder of her ex-boyfriend. When Wright first confessed, police forgot to read to her the Miranda warning and although Wright did confess a second time, after the police did read her the Miranda rights, Wright’s attorney filed a claim saying that her statement was coerced. Therefore, this past Friday, May 30th, an appellate court ruled the second confession tape should not have been used in court and granted Wright a new trial. Says Dan, “This is actually a very close, legal case. Remember the basic principle is, if you’re in custody and you’re questioned and you’re not read your Miranda rights then that gets kicked out, excluded from the case. In this case, the question is, was the second and third statements that she made, both incriminating all effectively part of one interrogation? What the court said is, everyone agrees here that she was not read her Miranda warning, in connection with her first incriminating statement. The police then take a break. They come back, they read her the Miranda and start questioning her again. What the court is saying for a 15-year-old, and her age was very important in their ruling, she wouldn’t realize this was now starting anew and as a result all effectively part of the same interrogation. Remember, this doesn’t mean she’s getting off, it just means she’s getting a new trial where they can’t use this confession.” Watch the full clip here.