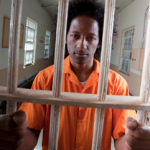 In his latest Lawyers.com blog post, Dan discusses the recent record high level of law enforcement cooperation in exonerations, but argues that more can still be done. Writes Dan: “As a regular observer of our criminal justice system, there are few things more maddening than to watch a prosecutor or other law enforcement officials simply refuse to say, ‘We got it wrong.’ Despite overwhelming evidence of innocence, some police officers and district attorneys remain steadfast in having convictions stand or, at best, will cut deals to release defendants only if they plead no contest (often called an Alford plea), while maintaining their innocence. Yes, most district attorneys are elected officials and apologizing is anathema to pols, but DAs simply can’t behave like other politicians. Their power is too absolute, and the stakes too high.” For more, including statistics on the subject and the future of exonerations, read the full piece here.