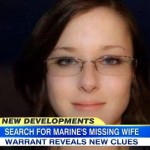 Dan joined the Good Morning America Team on Wednesday, July 23rd to discuss the disappearance of Erin Corwin, the wife of a marine who vanished over three weeks ago on her way to Joshua Tree National Park. Corwin was three months pregnant and police are investigating the possibility that she was having an affair with her neighbor Christopher Lee, who, Corwin’s friends say, she was nervous the child was Lee’s. Police have not named a suspect or ruled out the possibility that Corwin may be voluntarily missing but the investigation continues. Says Dan, “There’s no question he’s [Lee] at least a person of interest as they like to call it. Bottom line, he is someone they’re looking at. Look, there are two key issues they need to resolve, number one, was there a crime? Meaning they first have to rule out the possibility she left voluntarily. With each day that passes, it seems the authorities become more and more convinced that this was a crime.Once they determine that this was a crime, and I think that in their minds they already have, then the question is who did it and when you’re talking about a woman who was newly pregnant and an alleged affair, okay, not confirmed but alleged, the authorities are going to be looking at two people and that is, number one, her husband and, number two, the person with whom she’s having the alleged affair and seems that the authorities have begun to rule out the husband although they haven’t said that publicly either.” Watch the full clip here.