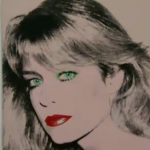 Dan appeared on Good Morning America this morning to discuss the courtroom showdown over the Andy Warhol portrait of the late Farrah Fawcett. The question is, who owns the portrait? Fawcett’s long time partner Ryan O’Neal says the portrait is his and not only is worth millions but holds sentimental value. However, University of Texas at Austin also wants it, claiming it is part of the collection that Fawett left to her alma mater. Says Dan, “Well there’s a simple legal question here, and that is did this belong to Ryan O’Neal? Andy Warhol is dead, Farrah Fawett is dead, and so Ryan O’Neal’s credibility becomes crucial, so everything he did becomes scrutinized. Now, he went in, after her death and took the painting, he admits that. What the university is saying is that he was squirreling  it away, he was hiding it, no one knew he had it. He’s saying, I wasn’t trying to hide it at all, the university says, we only discovered it was at his home, after seeing it on a reality show, he says there was no secrets there…I think when the jury thinks about this, they’re going to be thinking to themselves, when Andy Warhol created this is it possible he was creating one for each of them? Why did he create two? Remember, O’Neal is saying, back when this was created in 1980, it was created for him, that he’s the one who had the conversation with Andy Warhol about creating these.”  Watch the full clip here.