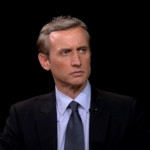 Dan appeared on Charlie Rose on Monday to discuss the Trayvon Martin verdict along with Charles Ogletree of Harvard University and Noah Feldman of Bloomberg View.  Dan says, “As a legal matter, this wasn’t a tough case based on the facts and most importantly, the law in regard to self-defense.  Once all of the evidence was in, these jurors would have had to convict – they would have had to had beyond a reasonable doubt that it wasn’t self-defense in the moment that George Zimmerman fired that weapon.  Did he reasonably believe that great bodily harm or death could ensue.  Just what was going on in his head, not what would actually happen.  So, if those jurors had reasonable doubt about that question then its an acquittal.  Based on the facts presented in this case, I don’t see how the jurors could have voted any other way.”  Watch the full episode here.