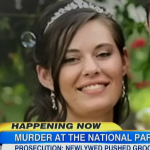 Dan appeared on Good Morning America this morning of December 9, 2013 to discuss the start of the trial for Jordan Linn Graham. Graham is accused of pushing her husband off of a cliff and murdering him just eight days after the couple wed. The trial began today and Dan gives his opinion on what to expect. Reports Dan, “Prosecution is going to say her story doesn’t make sense, and they are going to focus on a lot of what she did afterwards because they have a lot of evidence that she was engaged in a cover up, that she wasn’t telling the truth ect. They’re also going to point out specifics of some of the text messages, an hour and a half after her husband has died she’s texting about dance moves here, they’re going to say this was premeditated from the beginning…” Watch the full clip here.