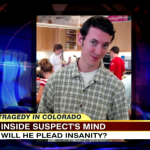 Dan appeared on Good Morning America today to help continue ABC’s coverage of the tragic Colorado shooting that took the lives of twelve and injured dozens more late last week. What can we expect from the case in the future? Dan explains, “On Tuesday, the police have said they’re going to give the defense access to the actual crime scene… it’s pretty unusual the defense would get something like that before the owners even get their property back… it shows you, though, how the authorities are trying to bend over backwards here to make sure that the defense is given every opportunity, that they’re doing everything by the books in connection with this case.” Today, suspect James Holmes is set to appear in court and Dan also discusses the question everyone is asking, if he will plead insanity, alongside Dr. Marisa Randazzo.   Regarding this, Dan thinks there are two reasons everyone is talking about it. One, people assume there must be something wrong with him to have done something so horrific. Two, there is so much evidence against him that there does not seem to be another form of defense he could take. “The insanity defense is really tough,” continues Dan, “You have to demonstrate you didn’t understand what you were doing was wrong. Stay tuned for more of Dan’s coverage of the case. Watch this segment here.