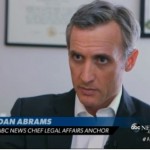 Dan appeared on an episode of 20/20 entitled “Designing Women” which aired on Friday April 11th. In this episode, Dan discussed two murder trials involving two different women and two unlikely murder weapons. The first was the case of the ‘Stiletto Murder’ where a Houston woman, Ana Trujillo, was accused and convicted of murdering her boyfriend, Dr.Stefan Andersson, with her stiletto heel, stabbing him at least 25 times in June of 2013. Upon police arrival to the scene, Trujillo told them that, 59-year-old, Andersson had attacked her and that she killed him in self defense. Police quickly became suspicious when Trujillo was found to be barely injured and then noticed a tarot card turned upwards on the table reading “death”. The defense tried to portray Trujillo as a victim but after less than two hours of deliberation the jury found Trujillo guilty and she was sentenced to life in prison. The next trial Dan weighed in on involved a Phoenix woman, Marissa Devault, who bludgeoned her children’s father to death with a hammer, she says in self defense but the prosecution presented a different motive. After presenting evidence and facts involving a large debt of over $300,000, affairs with a “sugar daddy” and the possibility of a payout from a life insurance policy, Devault was found guilty of first degree murder.  Watch the full episode of  20/20 here.