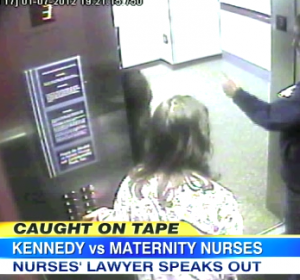 Dan Abrams appeared alongside Nancy Grace to discuss the recent charges made against Douglas Kennedy, the tenth and youngest son of late Robert. Kennedy faces 1 charge of child endangerment and 2 of harassment, based on an incident that took place when he attempted to exit the maternity ward with his newborn to get some fresh air. When stopped by two nurses, Kennedy allegedly kicked one in the pelvis and twisted the other’s arm. Dan and Nancy agree that this seems too much like a case, based largely on the premise that he is a Kennedy. Sure, by the letter of the law, there are potential criminal charges, but both can also agree that this is unlikely to go to trial at all. Nancy says it doesn’t look good that the two nurses “have already hired personal injury lawyers,” and Dan acknowledges a key witness, an ER doctor and Kennedy family friend, who claims that the nurses were “the only aggressors.” We’ll see how long this one lasts. Watch Dan Abrams’ full discussion here.