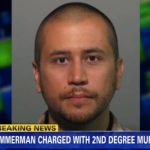 Dan Abrams joined Gloria Allred Thursday night on Piers Morgan Tonight to discuss the charges against George Zimmerman, announced earlier in the evening by Special Prosecutor Angela Corey. What was interesting to both is the fact that rather than manslaughter, Zimmerman is facing the most significant charge Corey could pursue without a grand jury. That means, essentially, that Trayvon Martin’s death was not an accident. “They’re talking about a level of intent; depraved mind; action that is imminently dangerous. Those are important legal phrases, but the end result is now he’s facing up to life instead of just up to fifteen years.” Morgan reads off a list of criteria for proving 2nd degree murder, and both acknowledge how strict it is. Is the prosecution that confident? Should we assume that they have evidence we’re not aware of, Morgan prompted? Not much, Dan speculated – “The only evidence I think they really may have that we don’t know of is forensic type stuff, which is important.” There also might be lesser offenses brought to the case later on. Still, the audio tapes, who heard what, how it fits into the timeline – most of that information is pretty much available, not only to the prosecutor, but to the public.