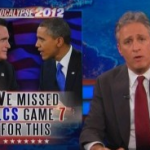 From Mediaite: Last night brought us the Comedy Central political coverage of Monday’s Presidential debate. What did Jon Stewart have to say? Reports Mediaite, “On Tuesday night, Jon Stewart took a closer look at the third and final presidential debate, which focused on foreign policy. Chronicling how muchMitt Romney agreed with President Barack Obama, Stewart noted that while we’ve still got a choice of color, they’re both the same model. But to begin with, the pre-debate comments about the president’s foreign policy. So many of his critics charged that he’s had the weakest foreign policy of any president. Given that record, Stewart said, the debate should be a ‘bloodbath.’ And yet, there was so much agreement. ‘I think Romney’s leaning Obama,’ Stewart observed.” Read more and watch the segment here. 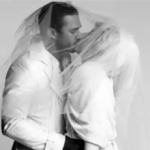 From Gossip Cop: What might it be like to date Lady Gaga? Well, today, her boyfriend shared: reports Gossip Cop, “Taylor Kinney was on the ‘Today Show’ to promote his NBC show ‘Chicago Fire,’ but the real interesting part was when he talked about his girlfriend Lady Gaga. He said she recently tweeted about his show to her 30 million followers because she’s ‘proud of her boyfriend,’ and has visited the set of the series ‘a couple of times.’ When questioned whether it was ‘strange’ dating Gaga,’ Kinney said he didn’t know because ‘I don’t have that outside view… I guess it’s normal,’ adding, ‘For whatever reason, it works.’ Regardless, the actor, who appears in Gaga’s ‘You and I’ video, says he’s a ‘happy’ and ‘lucky guy.'” Read on and view video here. 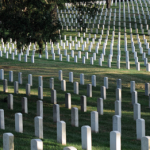 From Geekosystem: Halloween’s approaching, so if you’re starting to hang out in cemeteries, and you happen to live in northern Virginia, you’re in luck. Reports Geekosystem, “As it turns out, being the most technologically advanced national cemetery is something that national cemeteries apparently aspire to. That’s what Arlington National Cemetery would have us believe, anyway, and that they’re definitely top dog when it comes down to it. Part of this advancement includes the release of a smartphone app to help visitors track down specific graves. It even includes pictures of each and every headstone. Welcome to the future of the dead. The app’s entire reason for existence traces back to Arlington’s attempt at accountability, which saw the cemetery review and analyze 150 years worth of records for the first time.” Read the full story here. 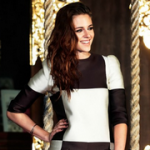 From Styleite:  Despite all the drama that’s followed her these past few months, Kristen Stewart is looking great on the red carpet. Writes Styleite, “It’s a day of firsts for Kristen Stewart: not only did she make her first red carpet appearance for The Twilight Saga: Breaking Dawn Part 2 in Tokyo, but she also did it in fresh-from-the-runway Louis Vuitton. That lucky, lucky girl. We figured the actress would have chosen a Balenciaga ensemble since she’s the face of the house’s perfume Florabotanica and is BFFs with Nicolas Ghesquière, but Vuitton turned out to be an inspired choice. The 22-year-old worked a black and white checkered romper (with pockets!), and strappy Brian Atwood heels. She stuck with her signature messy strands and smokey eyes, and even cracked a real smile on the red carpet.” Read more and see pictures of the ensemble here. 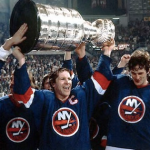 From SportsGrid: Hello, Brooklyn! That’s what the New York Islanders are saying, following in the footsteps of the New York Nets. Reports Sportsgrid, “Will Brooklyn be as receptive to a hockey team as it was to a basketball team? We’re about to find out. The New York Islanders, a once-proud franchise that’s recently become the stepchild that’s chained up in the basement of New York sports, will be moving from their depressing digs at the Nassau Veterans Memorial Coliseum to Brooklyn’s freshly built Barclays Center. Score one for Bruce Ratner’s bid to take over the world. The Daily News says the move won’t take place until 2015. No word yet on if they’ll have Brooklyn-y artisanal logos or force their cheerleaders to dress terribly like their parquet counterparts did. All jokes aside, this is depressing news for the pocket of dedicated Isles fans that still held strong out in Long Island.” Read more about the move here. 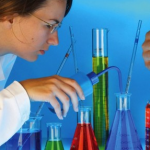 From The Mary Sue: Ladies are unfortunately underrepresented in science, but it seems men are missing the mark on why. Writes The Mary Sue’s Rebecca Pahle, “Why are their fewer females in physics than biology? Turns out the answer changes depending on whether you ask men or women. A team led by sociologist Elaine Ecklund polled 3,455 scientists on why they think the gender gap in physics is so much larger than in biology, and while women were more likely to cite discrimination, men’s explanation tended more toward ‘women just suck at math.’ Sigh. Said one male respondent, a physics graduate student, ‘Physics is more difficult for girls and you need a lot of thinking, and the calculation, and the logic. So that’s maybe hard for girls.’ Yes. We ladies just aren’t good with the logic! We’re always so unreasonable, with our tendency to behave irrationally and turn into raving she-beasts, especially around that time of the month, ifyouknowwhatI’msaying. Pass me my Midol!” Read more of her opinion here. 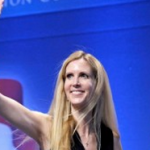 From The Jane Dough: The ever-controversial Ann Coulter is on the offense again, but The Jane Dough calls out one newsworthy repsonse:  “Conservative commentator Ann Coulter drew the ire of many when she tweeted that President Barack Obama acted like a ‘retard’ during the third presidential debate, and Special Olympics athlete John Franklin Stephens proudly called her out for it in a guest blog post for the organization. ‘I’m a 30 year old man with Down syndrome who has struggled with the public’s perception that an intellectual disability means that I am dumb and shallow,’ Stephens wrote. ‘I am not either of those things, but I do process information more slowly than the rest of you. In fact it has taken me all day to figure out how to respond to your use of the R-word last night.’ Stephens went on to state that Coulter was making a negative reference to mentally challenged individuals when she labeled Obama a “retard,’ a shame since such a comparison should be viewed as a ‘badge of honor.'” Read more of his letter here. 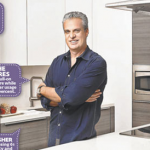 From The Braiser: Thinking of a kitchen remodel? Enlist celebrity chef Eric Ripert to help! Writes The Braiser, “Everybody knows that Eric Ripert sees things on a higher plane than most of us do, what with his Buddhism and spiritual awareness and all. But who knew he could monetize that spirit vision by designing a kitchen fit for a 3-star Michelin chef? And who knew that that vision was easily affordable to consumers with $70,000 to burn? That’s right, for $70,000, you too can cook in a kitchen that Eric Ripert designed. The Eric Ripert Kitchen By Poggenpohl features induction stoves, environmentally-friendly appliances and cabinets, and a dishwasher that imitates Eric Ripert in that it makes 60% less sound than its peers.” Read more about the kitchen, which is currently only available to a few lucky consumers, here.