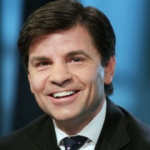 Mediaite has an interesting clip from Good Morning America, in which George Stephanopoulos posits that the leading contenders for the Republican nomination — Mike Huckabee and Sarah Palin among them — may not actually run in 2012. The reason? They have sick contracts with FOX and want to enjoy a few more years of unchallenged bloviating before they actually have to come up with a plan to fix the country. Advantage, Stephanopoulos! Get the full post here. 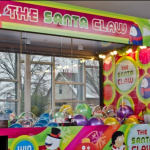 A Geekosystem writer journeys where no man has gone before: to win a stuffed animal on an internet claw machine (really!). Join James Plafke as he reminisces about the claw machines of yore, grows frustrated by the virtual “line” for the machine, and posits a wild claw machine origins story. Also, the machine is called “The Santa Claws.” Nailed it! Get the full post here. 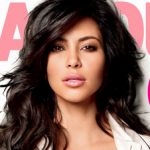 On Styleite today: Kim Kardashian will appear in this month’s Glamour, to talk about the many ways in which being beautiful, rich, and successful for no particular reason, aren’t all they’re cracked up to be. Well, not exactly — but Kardashian does dish on her regular-girl body hangups and amazement at turning 30. Get the full post here. 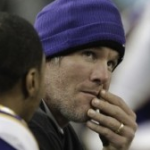 Oh, for pete’s sake! Sportsgrid reports that Brett Favre is being sued by two women who worked as massage therapists for the New York Jets. The allegations against Favre are forehead-slappingly familiar — there are invitations for sex and creepy text messages galore. Looks like 2011 isn’t shaping up to be any better for Favre. To read the full post, click here. 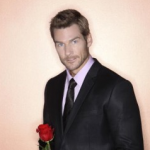 On Gossip Cop: “The Bachelor” is back, and so is Brad Womack! Womack, who appeared on the show in 2007, committed the cardinal sin of telling two women he’d met on a reality show that he didn’t want to marry either of them. After years (!) of therapy, Womack is back to try to land a bride, because insanity is doing the same thing over and over expecting different results. Get the full post here.